Ek Ladki Ko Dekha Toh Aisa Laga (ELKDTAL)… seems like a hunky-dory love-at-first-sight kind of flick, going by its title; and with the ‘ love story‘ tagline, you kind of know what to expect from it. But let me just break this to you, it’s a lot more than quirky characters, upbeat songs, and opulent settings. Looking at the title one instinctively imagines a beautiful girl being admired through the male gaze. Well, No. This movie talks about the female gaze. The movie is a courageous attempt of breaking stereotypes and smearing us all in rainbow love.

Anil Kapoor, Juhi Chawla, Raj Kumar Rao, and Sonam Kapoor present us the unconventional film of the year, shifting our focus to a lesbian relationship. Forget accepting, our society is still belligerent to address them as ‘normal’ beings. LGBTQ topic still seems Lord Voldemort (He who must not be named) to a large section of society. ELKDTAL brings out the same sex romance to light which is swept under the rugs after being dissed as ‘obscene’. In the Sonam Kapoor plays a lesbian who debunks her sexual preference to her family after being iteratively coerced to marry man.

ELKDTAL couldn’t have come at a better time than this when the social churnings vis-a-vis the LGBTQ identity are at its heyday (after the reading down of Section 377 in September 2018). The movie is definitely in tandem with the evolving social order of India. The subject is not very new but the manner in which it is dealt with is considerably new and subtly nuanced. In the past, we have watched movies on gay relationships which either ridiculed them in bawdy fashion like Dostana and Kal Ho Na Ho; showcased their bitter pangs in Aligarh and My Brother Nikhil; or made them shine in beautifully crafted Kapoor And Sons. Unlike the gay characters in movies which were either caricatured or subtle but at least in the movies, the lesbian roles in movies were hardly found before. The last movie made on this subject was Fire (Some of you might know it as Girlfriend) back in 1998, which garnered hostile reactions and bans. So it’s after 21 years that we have a movie like this in India!

ELKDTAL, if embraced by the audience, will help at least a tad-bit in translating Supreme Court’s historic judgment in people’ psyche and actions and also opening up these forbidden talks thereby bringing the society a step closer to accepting the same-sex relationship. The beauty of this film won’t be in the numbers it makes at the box-office but the conversation it would hopefully evoke beyond the closet. Realistically though, it might take another generation of time for everyone to actually step into the post-modern era with broader minds and untied tongues when it comes to espousing the same-sex relationships as an indelible part of our society. Till then we have the hashtags #LetLoveBe and #SetLoveFree, courtesy Ek Ladki Ko Dekha Toh Aisa Laga, to promulgate. 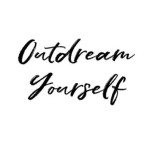