To call women, the weaker sex is a pity. If by strength you mean physical strength then surely men are more powerful than women. And this was how it used to be in the conventional era. People who believed that the earth was flat. Where the world was unexplored and under-researched, conclusions were drawn on partial information. If the parameters of strength are morals and non-violence then a woman is quintessentially a man’s superior – says Sargam, CEO and founder of our very own Afflatus website.

This international women’s day, our team implied the idea of promoting this year’s theme #pressforprogress and we women voiced our thoughts through this article. We couldn’t think of a better occasion than today to tell you guys about it!

Women crave for a home, something that they can call their own. And that feeling let her break the rules and press forward for a change. Being an avid reader and having always questioned the wrong demarcations society has indulged in, Sargam wanted to voice her words through her writing and ended up creating this website – Afflatus.

People pressed on, why, how, when, what and most importantly will you be able to monetize it? But the statement that incapacitated me the most was “How many women do you see leading a team?” You are a true inspiration. We don’t know women who are doing something on their own.

Power to you Sargam!

There are a lot of issues related to women which are brought to light every women’s day every year but are sent back to the spam folder after everybody has digested the food of the celebration.

Ananya, one of the precious women team members, thinks that the biggest injustice to women is unequal pay. “In the 21st century, one could at most expect unequal pays in decentralized and unorganized sectors, but what’s truly shocking to see, is a gender pay gap at the highest levels of  international organisations.” She presses forward for this issue which needs immediate addressing. Are you ready to campaign with her? I am.

I couldn’t agree with Harshpreet  more when she said that “gender-based injustice is something highly inoculated in everyday life. The biggest fear I feel is nourishing girls with the inferiority complex. In the process of growth and development, it turns out that the seeds to imagination just vanish and now all they are, is just trained enough to survive. Unequal support – financially, emotionally, psychologically, physically, socially, must be rectified soon.”

Power to you Harshpreet!

#pressforprogress is a very strong call to initiate motivation everyone needs to accept the fact that men and women are equal.  We decided to write particularly on this theme as this needs to reach out to people as there is a sturdy call-to-action to press forward and contemplate over progress for gender parity.

Let’s check out what Mriganka had to say on this:

“Gender bias is intricately woven into the framework of the basic unit of society. All the manifestations of gender inequality come from what we have seen around us while growing up and what we practice in daily life. Until and unless we pledge to nurture the strong, independent side of girls and women; let them speak their minds and at the same time not rob off the male counterparts of their innate emotions and sensitivity, stop injecting them with harmful doses of superiority over the other gender – mere laws and rules can’t bring the change on the grounds. Instead of following the approach of raising females only as homemakers and males only as the bread earners we should aim at raising both first as sensitive human beings who are independent as an individual both financially and functionally.

When we make practising equality part and parcel of life and not something as a millennial concept to be considered for amendment of laws and policies, this positive change will eventually become our second nature.

This can be achieved only with the contribution of each and every individual and will surely reflect in the political, financial, industrial & cultural makeup of the society.

So this time #pressforprogress because like charity, equality too begins at home.”

FREEDOM. How many women out there have tasted the fun of this word? Not many. Why is it so? “This society is unsafe”,” don’t go out late at night” – are few statements which we women grow up listening to. But why doesn’t anybody stop the guys from going out late night or wearing short clothes?

Payal, one of the women members who is strictly against gender bias thinks that gender equality comes down to only freedom. The correct type of freedom given to both the genders. Safety is a concern. But the society thinks only a women needs it. Yes, your daughters are unsafe on an unsound road at 3 AM in the morning. But, ever thought the man a woman is afraid of is your son?

Power to you Payal!

And what do I think?

All these women I told you guys about have left me speechless.

I have grown up reading books about Malala Yousafzai, Helen Keller, Rudyard Kipling, and have heard a lot about Maya Angelou, Marilyn Monroe, these are women of free spirits. Being the elder daughter in the family before my younger sister, I never felt what gender bias was like. After stepping out of the home and coming to college, did I realize, what being a woman feels like! There is inequality everywhere. At some places. We don’t even have the basic freedom to wear what we like! I personally am a great fan of clothes and when somebody tells me that I shouldn’t wear something because of the fact that other men will look at me, infuriates me. So what? Ask them to look away. Why are you asking me to change my clothes?

So here, people pressed forward for issues like equal pay and freedom but being a college-going girl that I am; I want to #pressforward for a very simple yet very conflicted issue – freedom of wearing clothes.

Today Afflatus is a team of 24 individuals who are creative in every way and have the capability to communicate a positive message. The team members enjoy and support gender equality. Where decisions are taken by keeping in mind the beneficiaries; where weightage is given to the content. Because it doesn’t matter who nurtured the thought, a male or a female. Every idea is given equal importance.

If non-violence is the law of our being, the future is with women. When we see the change that needs to outbreak the misconceptions prevailing in our society, it is up to us to Press for Progress. This will surely make the future brighter for all of us.

So my question to all of you is – will you #pressforprogress with us? 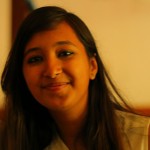 3 Comments on “Are you ready to #pressforprogress?”