⦁ Are you addicted to Facebook?
⦁ Wondering whether your information is still private or not?
⦁ And do you really get an option for keeping your privacy?

Now, If I’ve got your attention you are in the right place, let’s discuss this situation from it’s inception:

Facebook is a social networking website launched on February 4, 2004, by Mark Zuckerberg, along with fellow colleagues. From the day of the launch it’s users database increase exponentially and now Facebook has more than 2.2 billion monthly active users. It has been involved in various controversies over the year including Shadow profiles, and the most exaggerated Facebook and Cambridge Analytica data breach popularly known as Facebook privacy breach.

In March 2018, Christopher Wylie a Canadian whistle-blower revealed that Cambridge Analytica uses an inappropriate method to obtain personally identifiable information of 50 million Facebook users for the purpose of creating targeted political campaigns of the 2016 US presidential elections. The whole data is collected over an app called This is your digital life.

In the response various IT giant takes a considerable step, Facebook CEO Mark Zuckerberg apologized for the situation with Cambridge Analytica, calling it a breach of trust. WhatsApp co-founder tells everyone to delete Facebook account cause of the facebook privacy breach. Elon Musk has removed Tesla and SpaceX Facebook pages. Amazon suspended Cambridge Analytica from using their Amazon Web Services. The governments of India demanded that Cambridge Analytica report how anyone used data from the breach in political campaigning. All credits to the facebook privacy breach.

Zuckerberg seems nervous during the hearing but to cool down the spicy hot conversation some awkward moments occurs time by time:

Senator Patrick Leahy asked if Facebook had been subpoenaed by Special Counsel Robert Mueller’s office and if employees had been interviewed?

Zuckerberg replied that he had not been interviewed by Mueller’s office. He quickly backtracked, saying that, while Facebook is cooperating with the special counsel.

Zuckerberg seemed caught off guard but said he wasn’t aware of any incidents in which it did. He also said that he didn’t know if Facebook employees had worked directly with Cambridge Analytica.

“The New York Times reported, citing documents, that a Palantir employee worked closely with Cambridge Analytica to build their model for psychological profiling and suggested the data scientists create a mobile app to access the information of Facebook users’ friends.”

“No. I would probably not choose to do that publicly here,” Mr Zuckerberg said.

Senator John Kennedy stood out for grilling the billionaire on privacy and propaganda concerns. He also said that Facebook’s user agreement “sucked”. Kennedy thinks it should be put in plainer terms. The agreement should have a list of the privacy rights people have on Facebook and what happens to their data.

“Are you a tech company or are you the world’s largest publisher?”
After noting the magnitude of the question, Zuckerberg answered, “I view us as a tech company.” Zuckerberg added that he agreed that they were “responsible for the content, but we don’t produce the content.

During the two-day long marathon hearings on Capitol Hill, Zuckerberg was surrounded by the tons of questions by the Congressman. He asserted that with the increase in the number of the user there is a need to increase security and safety measures. They have taken action to ensure more protection, there will be 5,000 employees added to the security and content review good team because of the Facebook privacy breach. Mark Zuckerberg publicly apologized for the breach of private data:

“It was my mistake, and I’m sorry. I started Facebook, I run it, and I’m responsible for what happens here. After the Facebook hearing, senators roll out new bill restraining online data use. Finally a relief to Facebook, Inc.

What we can do? 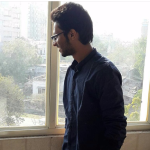