These infernal delinquents that deface your walls and
demeans the monotony of societal aesthetics
should be penalised for their “abhorrent” artistry.

Their expression is their simplicity, and their craft is the unforgivable vice of creativity. A Graffiti “artist” is an outcast whose sense of disregard for societal norms is much more than scribbles on walls. He/she is not bound by the sgraffito nor the length of the easel. The limit is vast as the walls can stretch and be it the expression of his much-favoured anime or just a gusto of spray-paint, the expression remains unperturbed and the message conveyed without malice.

The concept of graffiti, however, is not a phenomenon founded and festered by juvenile artistes but has existed before the time of toga-wearing Romans. As per the wise Wikipedia manuscripts, “The first known example of ‘modern style’ graffiti survives in the ancient Greek city of Ephesus (in modern-day Turkey).” Although they were used as the marketing billboards for women of the night as opposed to the funky swag of today. This urban art form, however, is not just a tool to appease bored youth but is also the artistic weaponry that duels political opinions and controversial ideologies with a lethality that would put even the Arabian scorpions to shame.

(The separation barrier which runs through Bethlehem, cutting Palestinian communities off from each other. Photo: Garry Walsh)

The tools used for this endeavour is just as fascinating as the art itself. From carving on stone structures of the ancients to aerosol paints of today, graffiti artists have found a myriad of ways to turn their green pastures to Midas’s garden. But as always, there exists the other side of the coin. Some view, probably with good reason, these mediums as the catalysts for vandalism and crime that is eating away the solid foundations of a law-abiding and systematic society.

The question arises: Is Graffiti a work of an artist or a criminal?

The answer to that is just as complicated as the human mind and no more predictable. The age-old adage, “Beauty is in the eye of the beholder”, has never been so aptly portrayed. For the young at heart, the Hip-Hop “swag” is a priceless addition for their walls while those of a slightly differing demographic find them to be a bumper blot on their well maintained and respected home whose well-being is their sweat and blood.

So, should it be allowed to flourish or should it be nipped in the bud?
Compromises have been made, and contracts have been signed. Most institutions allocate specific areas for these artists to let their produce thrive while those vandals defacing the sanctity of the common man’s hard-work will be meted out punishments deserving of their misdemeanour.

Graffiti definitely deserves a seat alongside Michelangelo’s “The Last Judgment” and Dante’s “Divine Comedy” in terms of dividing opinions and polarising perspectives. The criticisms range from keepers of the law to the environmentalists (due to VOC’s in paint) while praise is lavished by advocates of free speech and contemporary art community for its originality.

Never has an art form stirred up more controversy than the artistic content and time will tell whether the murals of graffiti artists will be held in the same esteem as those of the legendary Italian artists of old. 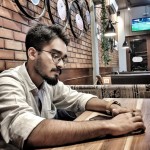 4 Comments on “The art of Graffiti”