INDIA, the world’s largest democracy. A country with 3/4th of its population Hindus. A country with a great culture and tradition that even the West was jealous of us.A country which produced mathematicians, writers and what not.

Yes, The Exodus everybody knows about but nobody wants to talk about.

Raliv, Chaliv, ya Galiv ! which meant “either mix up with Muslims by accepting Islam, or flee the holy Islamic Kashmir, or dissolve or die!”. This was the first slogan raised in the valley, Kashmiri Pandits would have never known that the people they lived happily with for centuries would do this to them, they didn’t see the storm coming. 1989 saw the rise of worst Exodus this country has ever witnessed. The madrassas financed and run by the Jamaat-e-Islami had poisoned the minds of the younger generation with Islamic fundamentalism under dictation from the theocratic Pakistan.

The whole situation was deteriorated by the 1987 elections of Jammu and Kashmir allegedly being rigged. In the elections, the coalition of National Conference(NC) and Congress had won defeating Muslim United Front(MUF) party. This party has largely become the famous separatist party ‘Hurriyat’ as of today. The MUF party even then was known for his close ties with Pakistan.
There was smuggling of ammunition and guns across the border into Kashmir providing the misguided Muslim youth the weapons they were looking for.

Hence, started the rampant game of threat, coercion, and selective killings of Hindus to make the valley an abyss of terror. Provocative speeches were made in mosques, threat posters were put out on streets, and slowly Hindus started to leave the valley.

27th year of our exodus and still no justice for our community. A few years ago, I wrote an online blog for some website regarding Kashmiri Pandits exodus which had some hard hitting facts, the irony is I can’t remember the name of the website.

But let me just acquaint you with the situation of the valley back in 1990.
I did a minor research and found out the slogans raised in the valley:

“Zaalimo, O KAFIRO, KASHMIR HUMARA CHOOD DO”
First of all, let me remind you converted bastards, your ancestors were all Hindus, so it is our Kashmir, not yours.

“Kashmir me agar rehna hai, Allah Oh Akbar kehna hai”
If your Allah forces one entire community to flee from their homeland, then my friends, your God can suck my dick!

“La Sharqia, La garbia, Islamia Islamia” meaning From East To West, there will be Only Islam.
Yes, only Islam and Suicide Bombings!

“KASHMIR BANAON PAKISTAN, BATAW WARIE, BATNIEW SAAN” meaning WE WILL TURN KASHMIR INTO PAKISTAN, WITH KASHMIRI PANDIT WOMEN BUT WITHOUT THEIR MENFOLK.

“Pakistan se kya rishta? La illah e illalah”
When you are badly scrwed, tab tumhara najayaz baap Pakistan nahi aata, it is our Army that emancipates you from the grave situation.

JKLF started its hunting with the killing of a prominent BJP leader in Kashmir, Pandit Tika Lal Taploo on 14th September, 1989. Even after the killing of such a fierce leader, the Hindus were still under the delusion of things coming back to normalcy. This delusion was shattered on 19th January, 1990 which is also called ‘ The Holocaust Day’.

On this night, massive crowds assembled in mosques across the valley, carrying out gigantic rallies shouting anti-India, anti-pandit slogans. After this started the murder spree of Hindus. One of the most horrifying murders was the Murder of Sarla Bhatt, a nurse at Sher-e-Kashmir Institute of Medical Sciences. On 18th April, her bullet ridden body was found on the roadside. Post mortem report showed that she had been raped multiple times before killing.

Even the Pandits who just wanted to flee were not allowed to do so freely. A pregnant lady Smt. Sarla Kaul, who had gone to collect her salary before leaving Kashmir forever, was cut into 2 parts by a saw machine after being raped multiple times. The Pandits, one after the other were getting killed in horrifying ways.

Farooq Abdullah was the CM of J&K at that time and he did nothing.

Farooq Abdullah remained silent when posters were pasted outside our homes
to leave Kashmir.

Farooq Abdullah remained silent when the speakers of mosques were used to threaten us to leave Kashmir, leaving behind our women folk.

Farooq Abdullah remained silent when nurse Sarla Ganju was hanged on a tree after her breasts cut.

Kashmiri Pandits did not migrate, they were kicked out!

Majoritarianism is tyrannical – I am saying this from personal experience and I would never wish it upon any Indian Muslim or Sikh or Christian kid to feel what I felt. My heart goes out for the Gujarati Muslims who were killed by the mobs in the name of Hindutva during the 2002 riots – I can feel their fear for their lives and their homes viscerally. It may sound terribly cliched, but the only durable way to ensure such incidents are never repeated is to strengthen our democratic institutions and see Indians of other faiths/communities as Indians first because we are all in it together.

As of today, a huge number of Kashmiri Pandits, including my family have gotten over the financial and physical burden but the mental distraught is still remnant.

We can say we have moved on with our lives but still living as ‘refugees in our own country’. 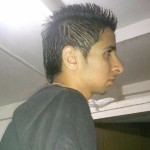 2 Comments on “The Kashmiri Pandit Exodus”