The Red Planet, Mars, has been a huge point of curiosity for mankind and scientists. One must’ve come across numerous movies and documentaries that try to picturise the planet Mars based on the current information available about the planet. However, we have a meagre idea about the planet, and the quest to know more has been endless. There are so many unanswered questions that the scientists at NASA are still working on. And the most convenient way to do so is by sending a rover to the planet so that it can keep traveling around and gather information about the planet. The most significant studies about the planet circulate around any possible water activity on the planet, as well as studying its rock and soil composition.

Mars rover 2020 is expected to be launched by 17th July 2020 and touch the Jezero crater by 18th February 2021, after which it will begin its exploration on the Red planet to detect any possible signs of biological or organic matter from a past life on Mars. The rover will continually seek habitable conditions all over the planet and collect as many as 31 core rock samples for the scientists to study further. The exploration will also attempt at characterizing the dust, weather conditions and other environmental factors that could have any possible effect on the astronauts who go on Mars to live and work and also search the subsurface for any possible traces of water. After recognizing the previous shortcomings in the last Mars rover mission, NASA has come up with a much more robust structure, wheels and core for the rover, and also better landing techniques for the rover.

NASA has tried their level best to make this mission interactive with everyone all over the world. In fact, they have clearly disclosed each and every part and segment of their rover, along with the model name and details. They have also installed cameras which give 24×7 live video update for all the viewers and interested people on their site. NASA has given the opportunity to all the people to submit their names on the official site of NASA, and they will make sure that all these names fly to Mars along with their rover. So far 7 million names have been collected, and there are openings for many more. 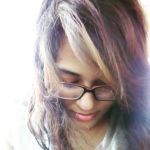