We are living in this global village, a virtual internet world where newspapers with morning tea have been replaced by newsfeeds, facebook, twitter, instagram, are flooded with hashtags and trending section is the new page 3. With everyday dose of news about various issues and spiced up gossips that manage to catch the limelight, some make their way to the top charts while some are forgotten like nothing.

Being a social media noob and a cogitative dawdler I came across some lexemes and locutions that intrigued me with their popularity and their application & role in modus operandi of celebrating people, pages and profiles. This is my take on some of my favourite words and trends.

Usage and peculiarities: Acronym for ‘Before anyone else’. Used to address ones love interest. Gender neutral.

According to a survey by an unknown source – usage of these abbreviations in a post is directly proportional to the irrelevance of the post for the public audience. Moreover, they tend to elicit noxious stimuli among the single organisms on social media.


Considering etymology, bae denotes for a bleat of sheep/goat (maybe this is how the suffering folks are sending out a secret SOS message)
Quick fact: Bæ in Danish translates to ‘poop’ (oops!!)

Usage: Acronym for ‘The Hate U Give Li’l Infants F***s Everyone’ evolved by Tupak; a philosophical term for a risky life full of struggles like that of poor gangstas.

The term was coined by Tupak Shakur for his rap band. Once used by several politicians for demeaning rap artists during 1990s but as with time ‘shabdo k bhi roop badalte h, naye naye saanche me dhalte h’ today it is the most revered title among the ‘wannabe cool’ folks.
Etymology: Thug – a violent person, criminal.

Usage: corresponds to ‘Brutal but Awesome’
Employed as both an adjective as well as a noun.

As an adjective refers to the pinnacle of coolness and awesomeness. When used as a noun, wittiness test is found to be triple positive while emotional quotient is highly negative. Major Essential Element for popularity on social media.

Creative skill of cracking humiliating jokes on a ‘roastee’ where the latter is supposed to take it as a good humour and can reply as a comeback in the same format according to his ability of comprehension followed by relevant composition.


If comedy genre is kept aside, a roast has become the easiest way to comment and critique on people or their art, where the extent of one’s own knowledge regarding the subject being discussed doesn’t matter at all.

Most popular and most misunderstood term on the basis of usage frequency. A major red alert for the patriarchal souls. Ironically confused as – an extension of special rights and perks one enjoys being a XX chromosome bearer.
Budding neologists have come up with adulterated versions like FEMINAZI to showcase their limited knowledge about the issue.
Reality check: A feminist strives for gender equality and promotes non-sexist culture.

One and only means left to display one’s originality and talent of contemplating an image and deciphering it.
‘Strictly meant for entertainment purposes, take offence at your own risk’ – courtesy: The Meme Academy
Widely used to establish and strengthen friendships by tagging the concerned person in an annoying number of irritating posts.

Inability to reply to such a tagged comment is being amounted equal to cheating and conspiracy.
Nowadays being incorrectly pronounced as ‘maymay’ by some expert phonologists.

TBH these words and trends have united the internet peeps across the globe under an umbrella of forums where people often use the freedom of expression to disgrace others and this has made online offence a reality. In the wake of the hour ‘Think before you speak’ has been amended to ‘Think before you comment or post’ under International Moron Eradication Programme. Sensible people are requested to extend their full support to make social media a healthy and positive platform. 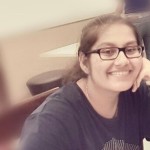