How often do you see an Engineer? Probably twice or thrice a day? But, do you know how many engineers never got success in their career? Why does this happen with them? Let’s find out…

Today, when I woke up in the morning, I read a news that a large number of engineering graduates remain unemployed every year. This was an addition to earlier news where government shut down many engineering colleges across the country with vacant seats and very less admissions. Being a final year engineering student myself, I began to think about the reasons behind this.

Engineering can be regarded as one of the most pursued career option by all kids who pass grade 12 with P.C.M. (expanded as Physics, Chemistry, Maths). The fact that a four year degree course makes the person eligible for jobs with a very good salary package, is what fascinates most. There is a world record in Guinness Book according to which engineering is regarded as the most difficult degree course with the highest number of exams, practicals and subjects in just a span of four years.  There was a steep increase in number of engineering graduates in India during the period of late 90’s and first five years of 21st century. This was the period of globalization and industry needed engineering professionals in huge numbers in almost every field.

According to numbers, about 1.5 million students graduate each year as an engineer. However, 80% of them just have a degree and no jobs. A senior stakeholder from IT industry once mentioned in an interview the reasons for such high unemployment rate i.e. lack of technical and communication skills. Though, the number of engineering colleges in India have increased dramatically in the past decade. The level of infrastructure and faculty is way below the requisite. Methodologies used for teaching are quite rigid and their relevance is pointless. They motivate a child to pursue rote learning instead of multi-dimensional learning.

The intention behind opening a college has also changed with time. They are now considered as a “BUSINESS” where investment is made in form of infrastructure and return in the form of number of admissions. Stakeholders of a college try to hire less qualified faculty to cut down their cost and maximize their profit. And in this entire scenario, victim is only that student in his late teens who has a dream in his eyes to be a successful engineer in life.

What can be done?

Unemployment is a major issue in hindering country’s growth. In order to prevent the situation from getting bad to worse, something has to be done. There has to be a small contribution from everyone who is part of this system.

Firstly, students should have clarity in their mind that marks won’t matter and take them anywhere but their knowledge will. Emphasis should be on learning and gaining technical skills rather than Ctrl + C and Ctrl + V.

Faculties and college stakeholders should also understand their duty and consider it as a nation building process.

Its high time and Indian Education System, especially in the field of Engineering, needs to correct its wrong.

Read More at: Arctic, is the workplace of around 2,000,000 engineers and traders 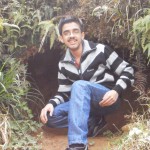