Donald Trump’s ranting statement made on 9th August was not as impromptu as might have occurred to many. A snippet from his statement,” they will be met with fire and fury like the world has never seen before”, echoed Harry S Truman’s agony, the then President of USA in 1945. Truman While addressing the mob on his victorious occasion of bombing Hiroshima quoted “rain of ruin from the air, the like of which has never been seen on this earth”.

Trump marching forward on Truman’s led path, has vowed to unleash unprecedentedly devastating America’s nuclear fire power on North Korea, if it does not stop threatening America and its citizens, the war once declared shall apparently eclipse Hiroshima and Nagasaki, which shall remind that in this context America still hasn’t lost its idiosyncrasy.

Here’s how events started to unfold, heightening tensions between Trump and Kim.

JANUARY: A welcome for Donald Trump arranged by North Korea: Indeed a grand one!

19th January, 2017 was a historic and a life changing day for Trump. This day marked an end to Trump’s existing way of leading life.  Coincidently, this day proved a big day for North Korea as well. When Trump was overwhelmed to recite the oath as the United States President the other day (20th January), North Korea had already prepared its own peculiar way of welcoming the new face of the states.

Yes! This was the day when U.S. Intelligence satellites found something dubious happening around. It was an unusual testing and readying of two intercontinental ballistic missiles (ICBMs).  North Korea’s quirky intention gave rise to a series of unprecedented events that continue till date.

FEBRUARY: Was Trump mocked by Kim?

12th February, 2017 – North Korea did not take a break after testing the ICBMs in January. It rather played a trick on the states.  If the testing of these missiles again on 12 February was intended to provocation then Trump failed to take the bait.

This day also marked a big day for Trump as he was busy considering some important issues withJapan’s PM Shinzo Abe. Neither of them supported the missile launch by Kim and Shinzo claimed it as “absolutely intolerable”.  Agreeing to this Trump also pledged that America shall stand 100% in support of its ally Japan.

Since this month North Korea started threatening America with: its pronouncements; a bombastic new address; or his series of testing missiles that showed his preparedness towards launching a missile.  But Trump also proved he is not a bundle of nerves. He made it absolutely clear that no move of North Korea shall remain unanswered and if provoked further it may be met with a military response.

Fortunately, the missile launched did not cross the red line as it fell into the sea in Japan quite early instead of reaching its destination. Yet this did not disheartened Kim, as it became a sign of Korea’s confidence and rapid progress towards developing of such medium and intercontinental ranged missiles capable enough to carry a nuclear warhead.

13th February, 2017 marked the day when Trump promised to face the challenges head on and answer back every biggest problem very strongly.

14th March, 2017 – the time came when mere words of comfort had to be converted into actions by Donald trump. So US along with South Korea and Japan, being its allies, responded staunchly to North Korea’s previous missile tests, by dispatching defence ships to that area where Pyongyang had previously fired the four missiles.

Definitely month on month the North Korea doubles its effort with a hope that in the end it can down power the powerful US military base.  In no case shall its efforts be underestimated.

APRIL: US determined to battle alone against North Korea.

Undoubtedly April month was amongst one of those months that did not let both the parties to relax even a little.

2 April, 2017 – Trump started off this month by declaring that it is willing to go alone on the forefront even if china leaves it midway or does not join hands to restrain the North Korea’s nuclear weapon program.

4 April 2017 – Trump was about to meet Chinese President Xi Jinping, when all of sudden, out of nowhere, the North Korea again fired yet another ballistic missile.

It was the correct time when Trump released his Ace of Spades, by deciding to pull the trigger on a missile strike in Syria; this was perhaps the biggest action of his presidency. Along with this he also dropped a Massive Ordnance Air Blast Bomb (MOAB), which was the US military’s largest non-nuclear weapon.

Later this month North Korea launched several Missiles, all of which failed.

This was perhaps a tensed month for North Korea since it failed several times this month as well and US celebrated the success like ever before. So to mark an end to this tensed month, Trump sarcastically praised Kim saying he had come to power at a young age and was a “smart Cookie”.

MAY: Trump could not stay positive any longer!

Trump wanted his 5th Month of assuming the presidential power to remain peaceful. So he started the month with a Positive note and said he would be honoured to meet Kim under the “Right circumstances”.

Yet there was no chance that Kim would settle this amicably.

14 May, 2017 – North Korea again fired a Ballistic missile that landed close to the Russian Territory. This was the first Proactive move made by North Korea ever after South Korean President took the office in the mid of this month.

Moon entered into a pact with North Korea to denuclearize the missile off the Korean peninsula.

This was indeed a smart move played by Kim, since at the time of launch all great leaders like Xi Jinping, Russia’s president were all busy attending an infrastructure summit at Beijing.

2 June, 2017 – now by this time Trump was all done with Kim’s threatening tests and preparations. Following the multiple missile launches by this time, UN Council unanimously introduced new sanctions against North Korea.

30 June, 2017 – revised military options were prepared to condemn the North Korean’s actions, which were decided to be shown to trump only if Pyongyang were to conduct an underground nuclear missile test.

JULY: Will North Korea ever give up?

4 July, 2017 – US Celebrates its day on July every year. But this year was certainly different. When the country was busy celebrating the day, North Korea was on its mission of launching its first successful nuclear capable ICBM that could “reach anywhere in the world”

8 July, 2017 – Trump and chinese president moved into an alliance to curb the north Korea in G-20 Summitt.

AUGUST: The war is still on!

It was manifested that this “fire and furry threat” would have an immediate impact on a paranoid Korean leadership. But instead of North Korea drifting back, it leaned forward and fired a missile into the sea. Three short range missiles flew an estimated of 155 miles before crashing into the Sea of Japan.

This move had indeed prompted fears of nuclear war amongst the nations. Yet Trump did not come across a bundle of nerves. He hit hard on Korea by saying the U.S. military was “locked and loaded” to hit Pyongyang after Kim rolled out that Guam was next to experience the fears of nuclear war. The war is still on and no matter who wins the battle; the repercussions will have a dismayed effect on the world economy.

Trump is constantly viewing the endless possibilities to knock down Kim Jong Un. The already heightened tensions with Kim urged trump to compel its benefactor CHINA, to use the vicious combinations of active and passive strategies to halt its weapons programs, since China is the North Koreas closest political ally.

Not only did he persuade China but left no table unturned in convincing Japan along with the international communities to increase pressure on North Korea to stop attacking US military base.

Is North Korea taking shelter behind the US actions?

The growing confrontation between President Trump and Leader Kim is heading the global economy to unprecedented levels of threat. Despite U.S taking initiatives in normalizing the situations of nuclear war, North Korea did not step back and instead launched the bombastic missiles.

Against an answer to this move of North Korea, when US declared its hostile intentions towards Korea by prosecuting joint military exercises, Korea snapped by responding “ My country has every reason to respond with tough counter-measures as an exercise of its right to self-defence.”

An insight to Trump’s presidential power has proved it right that, he has given its people and citizens the correct leadership and that he has more to conquer and serve. Though to some, it may appear as a complete disaster, yet to many it may have provided power and support. 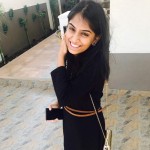 2 Comments on “Trump’s rhetoric statement on North Korea: A 1945 echo”